the year in books: january 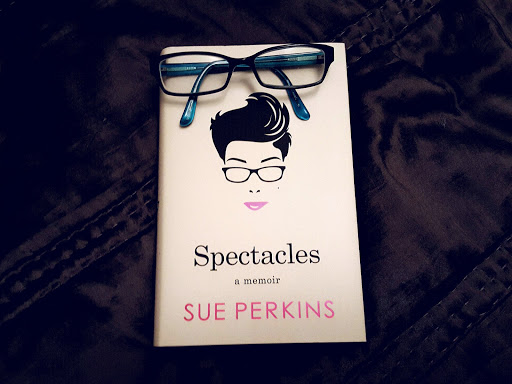 As happened in 2014 too, my year in books contributions seemed to tail off towards the end of the year. I did read quite a few more books though, and will definitely be joining back in again with the project this year. It really has made me rediscover my love of reading, and our family has started a mini book club, sharing books between my parents and I, with recommendations and discussions, including text updates from Mum as she reaches particularly moving or shocking parts!

I am very happy to say that Laura is running the project again this year, and you can take part on instagram, via a blog, through the monthly twitter chats, or a combination of them all. For now, I plan to do a blog post still, but I may move over to instagram alone as the year progresses! Laura is also suggesting a single book in February that people could choose to read, which seems like a lovely way of uniting us all virtually, in an informal way.

So, books that I didn't get round to writing up last year were:

Wuthering Heights by Emily Bronte - I didn't know much about the plot, but had a notion of Heathcliffe as a doomed romantic hero wandering the moors. It was a lot darker, and more in the realms of a ghost story at times, than I expected, and I didn't find many of the characters particularly likeable. I did enjoy reading it, and thought the writing was excellent, and I would be interested to read some of the analyses of the text, and possibly see how it has been adapted for screen too.

The Girl on the Train by Paula Hawkins - After seeing lots of mixed opinions on this, I was a little wary, but I couldn't put it down. Again, there isn't much redeeming about any of the characters, and I had sussed some of the plot turns quite early on, but I did find it compelling and it definitely made the commute a little more thought-provoking!

The Kind Worth Killing by Peter Swanson - I bought this on a hunch after seeing a poster, and what a good hunch it was. Much like Gone Girl and The Girl on the Train it was filled with suspense, and the characters failed to evoke much sympathy, but there was a macabre fascination with the plot and how it would progress. I loved the ending of this book, and thought it was the most gripping one I've read in a while.

A Man Called Ove by Fredrik Backman - Another one I had seen mixed reviews of, but I adored everything about this novel, even if it did have me laughing and weeping at far too regular intervals. It was a lovely, beautiful plot with very believable characters and one I will definitely revisit.

Kate's Wedding by Chrissy Manby - I found this in the holiday cottage we stayed at in December, and spent a lazy few hours devouring it. It was light-hearted, based on two women getting married the same weekend as the royal wedding, with a few plot twists along the way. Much of it was predictable, but it was fun, and there was enough going on to keep it interesting, exactly my kind of holiday read.

I can't think that there are any others, but I'm sure my parents will be in touch if I've missed any out!

Having got lots of wonderful books for Christmas, my first choice has been Sue Perkin's memoir, which is so far proving to be a brilliant read. Do pop over to Laura's blog if you fancy joining in, and hopefully catch some of you at the first twitter chat at the end of January.
Posted by Katie at 10:21 pm

Email ThisBlogThis!Share to TwitterShare to FacebookShare to Pinterest
Labels: Books